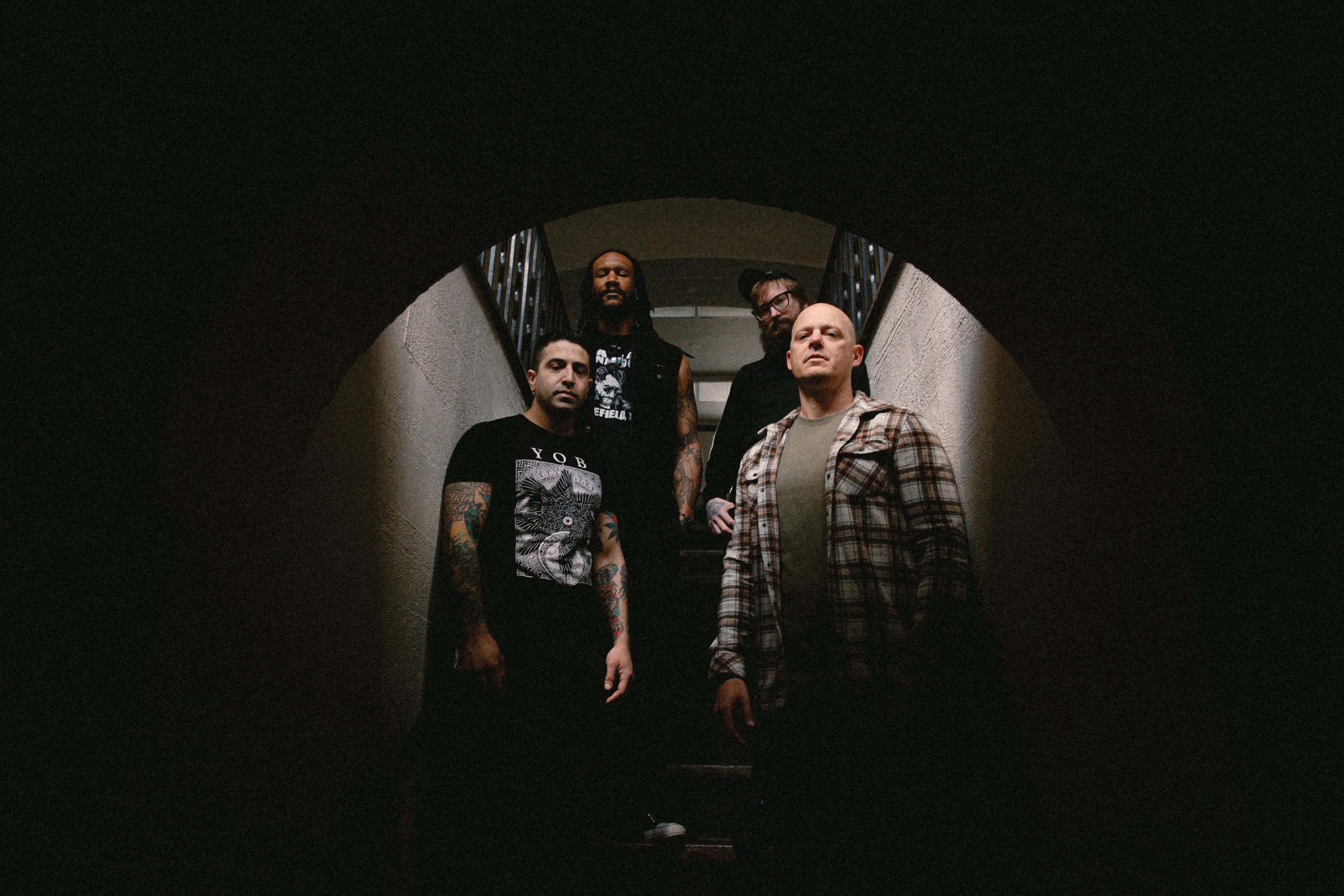 Uncompromising sludge juggernaut Armed For Apocalypse have released a bruising new single, ‘Hourglass’, ahead of their third album release, Ritual Violence, which debuts on 7th October.

Vocalist Nate Burman comments on the new single: “This is a song for the entire band. It’s about touring through the worst. Feeling exhausted from it all, like nobody cares what we’re doing, and still keeping your head high. Most bands would have hung it up going through what we have. We’ve stuck around simply because we love to create and play music together. It gives us a sense of fulfilment in life that nothing else does.”

Forthcoming new album Ritual Violence is an unrelenting aural onslaughtand sees the band at their most aggressive. Both a product and expression of their never-die attitude, it’s the album Armed for Apocalypse always wanted to make, with the engineer they wanted to make it Kurt Ballou, God City (Converge, High On Fire, Every Time I Die ) and the label they wanted to partner with, Candlelight Records. Featuring guest appearances from Andreas Kisser (Sepultura) on track ‘Foredoomed’ and Trevor Phipps (Unearth) on ‘Suffer For A Living’, it is Armed for Apocalypse refined to its purest form: 0 percent frills,100 percent heavy riffs.

Forming in California in the aughts, Armed for Apocalypse quickly released 2009’s Defeat (Ironclad Recordings). That’s where they laid out their mission statement: we are going to tune low, play riffs, and make heavy metal that makes you bang your fucking head. Real amps turned up, real drums hit hard, no bullshit. 2013’s The Road Will End (Ironclad) complicated their thesis, the band experimenting with new structures and incorporating a broader sonic palette. But member changes and new life directions led to a challenging five years before their next release, 2018’s Palm Reader EP. Now, in 2022, they return more focused than ever with their most potent and unwavering album to date. Ritual Violence is eleven tracks of bludgeoning skullf*ckery;  a record from a band who are confident in who they are, and what they want to do. And who won’t let anything get in the way of that. Not the years. Not the heartache. Not an industry that devalues its creators. Nothing.

Armed for Apocalypse has never done it the easy way. But on this latest record is a statement and a promise: they will do it their way.