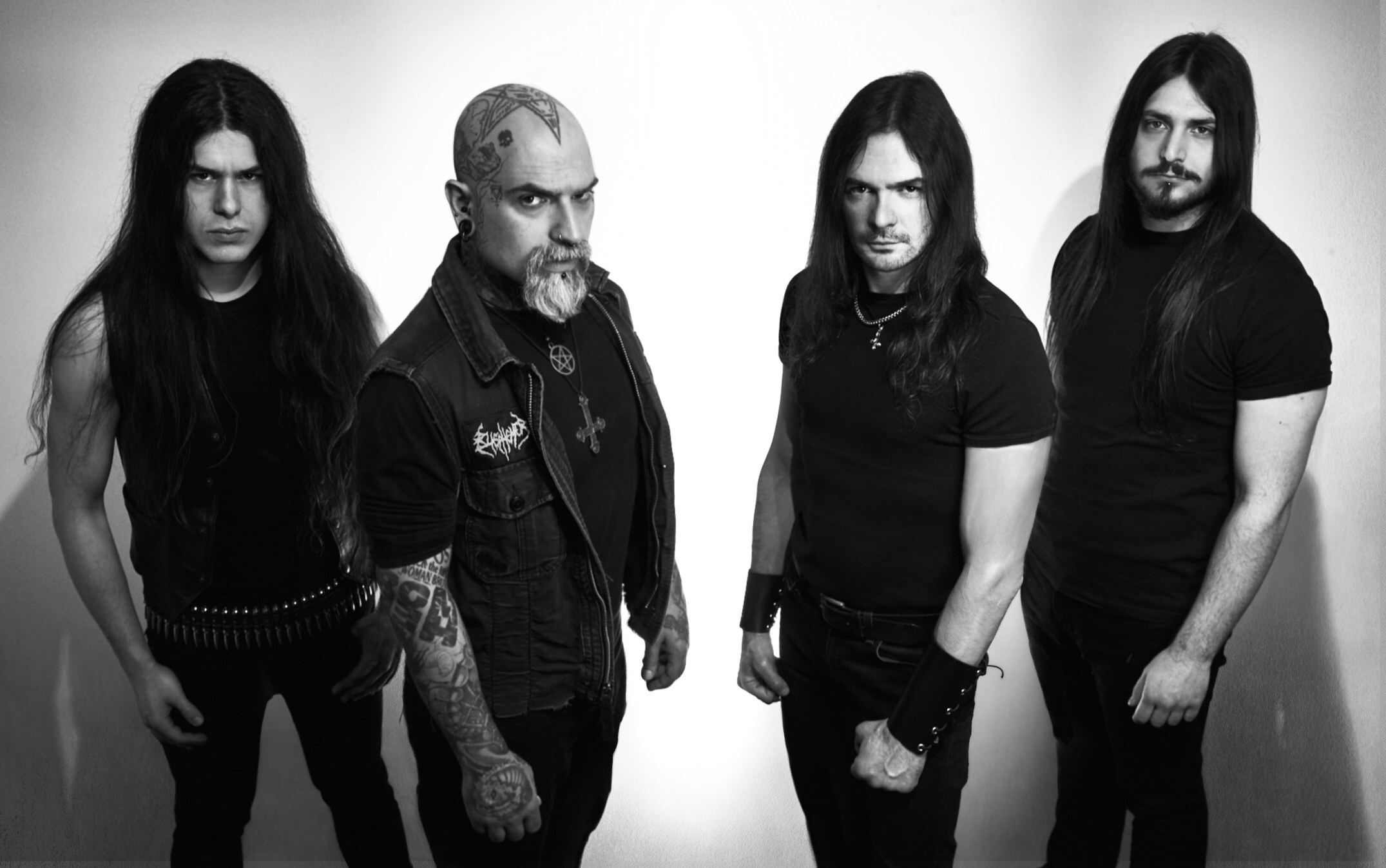 The visual assault has been meticulously crafted by Chariot of Black Moth (Converge, Wolves in the Throne Room)

Italian extreme metal stalwarts BLASPHEMER have released a new video for their single ‘The Sixth Hour’. The video is the title track of the band’s most recent album which was released worldwide by Candlelight Records on 24th January this year.

Premiered via Decibel Magazine , you can now watch the video in full here.

The band commented:“BLASPHEMER is proud to introduce you to the new videoclip of their latest album’s title track ‘The Sixth Hour’. This visual assault which has been meticulously crafted by talented artist Chariot of Black Moth (Converge, Wolves in the Throne Room…) to blast the viewer with a relentless black-and-white abyss of sinisterness. The images displayed dive deeply into the most obscure religious manifestations of Southern Italy around the Holy Week and Easter, including macabre processions often climaxing in gore-drenched, self-harming traditions – aiming to emulate and celebrate the suffering of Christ in his path to the crucifixion. Unsettling portraits of Jesus upon Golgotha mix here with these nowadays representation of the passion, since the death of Christ and the grotesqueness of his vulnerability, counterposed to the falsity of his divine nature, encompass the centuries.”

Album The Sixth Hour was released earlier this year in January and showcases twelve songs of pure blackened-death metal, mastered at the famous studio Hertz in Poland, known for their work with Behemoth, Decapitated and Vader. Fundamentally a concept album, The Sixth Hour’s main theme is the way of the cross, i.e. the last day of Jesus Christ, the path that led him from the Gethsemane to Golgotha. The aim of the album is to depict Jesus as merely human, trying to transpose into music the agony he felt in the last day.

Out now on Candlelight Records, you can order the album here.