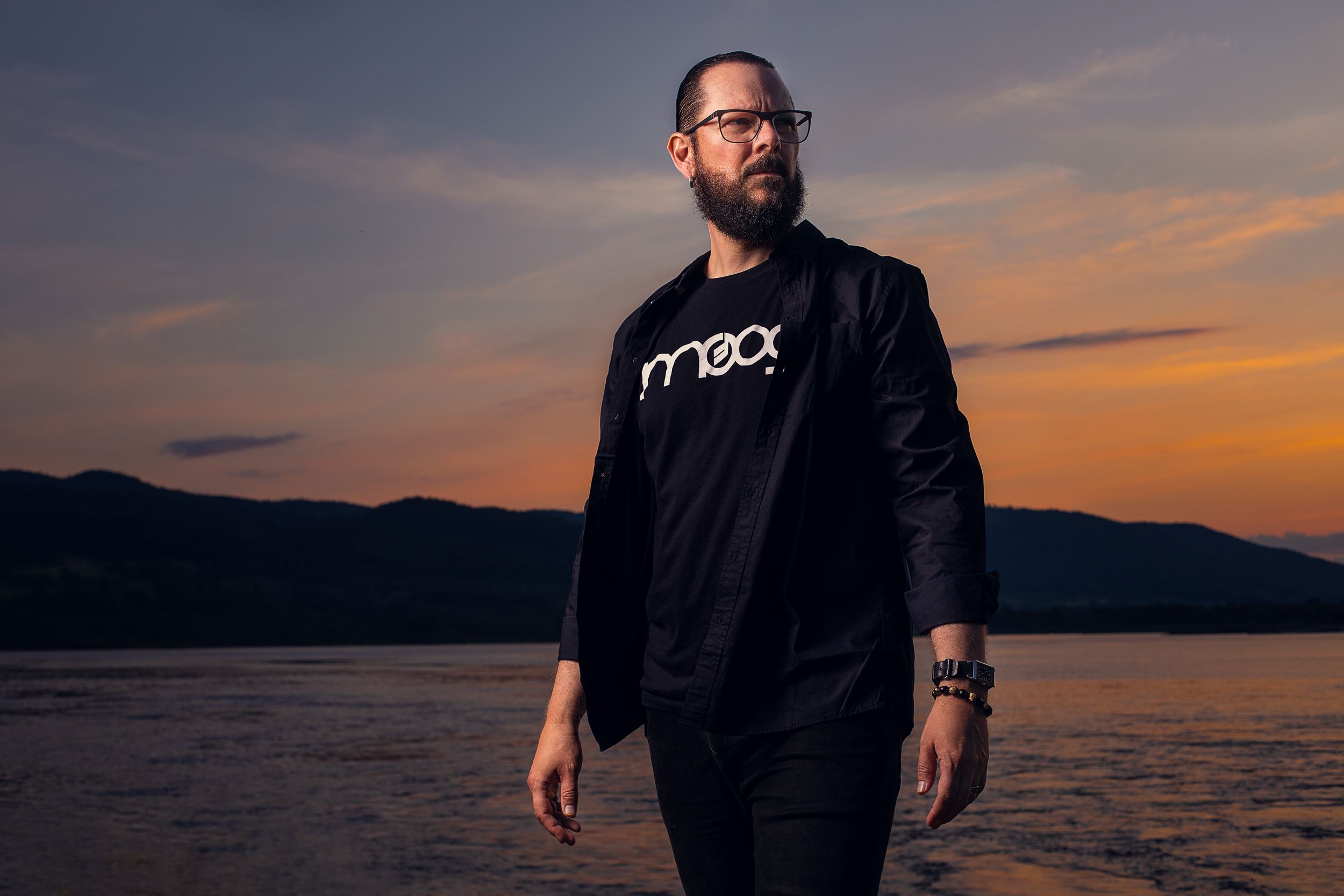 Pharos EP is released on 11th September 2020 via Candlelight Records

Shapeshifting progressive metal pioneer IHSAHN has once again pushed the boundaries of unconstrained creation, with the release of his striking single/video tribute to Norwegian pop pioneers A-HA. ‘Manhattan Skyline’ is taken from his new EP Pharos, out 11th September on Candlelight Records, and features the phenomenal vocal talents of Einar Solberg (LEPROUS).

‘Manhattan Skyline’ was originally released in 1986 by A-HA and reached number 13 in the UK Singles Chart. With a refresh for 2020 IHSAHN has produced a delicate but true-to-the-original tribute, combining a soft ballad-like verse that explodes into a bombastic rock chorus featuring all of the melodramatic grandeur of the original.

Directed and filmed by Troll Toftenes, the video sees IHSAHN at his most passionate and embracing. With the breath-taking landscape of Norway as the backdrop, IHSAHN plays his Aristides T/0 Lilac Pearl Satin Guitar atop Gaustatoppen, the highest mountain in Norway, at sunset whilst Einar Solberg‘s (LEPROUS) earnest and emotional vocals soar to other worldly levels of brilliance. The spectacle never relinquishes its hold on the viewer.

IHSAHN admits that his love of A-HA is not new, revealing: “There are some hints of A-HA even on the second Emperor album!”

This may frustrate followers of the orthodoxy present within extreme music, but for IHSAHN, he has never worried about being confined to certain expectations.

“I never wanted to be as one-dimensional as this black metal image. When I turned 40, I stopped caring but if you start out playing black metal when you’re 16, it’s hardly because you want to be everybody’s favourite.”

Pharos is another triumph for one of the proud initiators of black metal; this polymathic composer, who has already leant his iconoclastic spirit to rule-breaking bands and projects, has yet again woven intricate, sonic landscapes that cement his status as a true musical alchemist.

Recorded at his home studio, with additional drums by Tobias Solbakk at Jukes Joint Studio, Pharos is musically and conceptually a reverse image of Telemark (the first of the two linked EPs, released back in February of this year.)

Pharos is released on 11th September 2020 via Candlelight Records. Pre-orders including t-shirts, hoody and limited-edition vinyl bundles, are available HERE.

Since 1991 IHSAHN has defied expectations and pushed boundaries. Launching his solo career in 2006 with The Adversary he has sought to maintain the black metal blueprint that he helped devise with the world-shattering EMPEROR, while mischievously exploring progressive dreamscapes, Avant Garde jazz, electronica, darkwave, ear-crushing tech-metal and ambient meditations. Each full-length album has had an element of surprise and delight, where the architect plays out his creative vision by building on an unwavering zeal for the shock and awe that keeps his listeners on their toes.

2. Spectre At The Feast