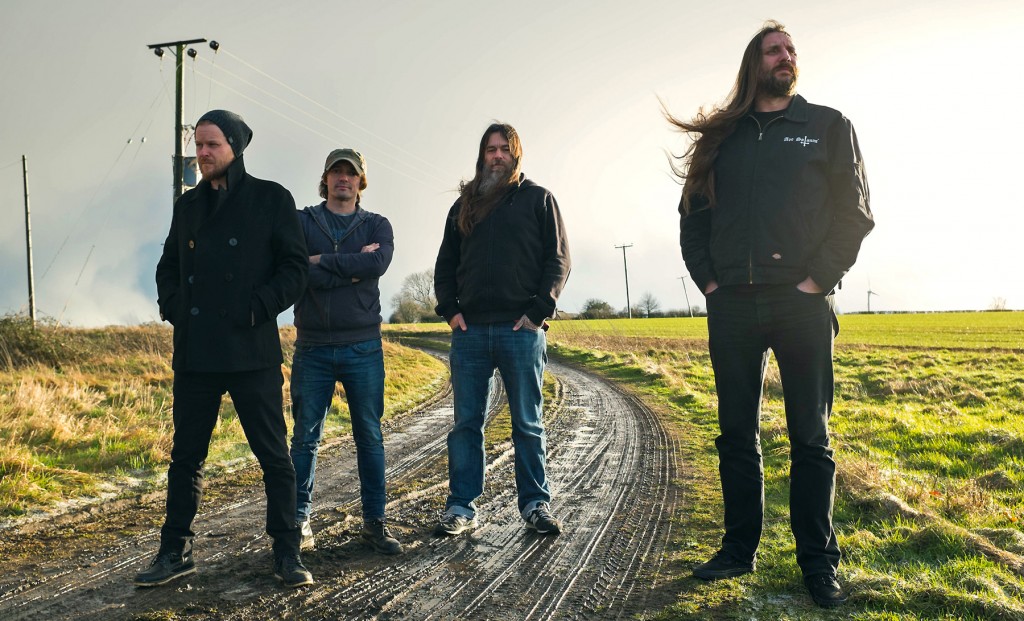 ORANGE GOBLIN have finished work on their upcoming new album and are preparing for its summer release.

The legendary British rock band holed up at Orgone Studios with producer Jaime Gomez Arellano (Ghost, Grave Pleasures, Paradise Lost, Cathedral) to create their latest opus, titled The Wolf Bites Back. The resulting nine track album will be the band’s ninth studio release and will be released via Candlelight/ Spinefarm Records worldwide.

Vocalist, Ben Ward, commented:
“We are very excited about this new album. The Wolf Bites Back is our strongest and most diverse collection of songs to date, it’s certainly a lot darker both musically and lyrically. It is still definitely a distinct ORANGE GOBLIN album but we have incorporated a lot more variation on this record and there are hints of Can, Captain Beyond, Wishbone Ash and The Stooges nestling amongst the obvious Sabbath and Motorhead influences. Lyrically I have explored everything from alien serial killers to zombie biker gangs, Buddhist warriors through to descendants of the Salem witches!

“There was definitely a concerted effort to make sure all the songs could work in a live environment which gives the album a more raw, stripped back feel – something that I feel has been lacking from good rock and metal in recent years. Working with Jaime Gomez Arellano was really productive and a great experience, especially going back to tracking stuff to tape. I feel that he got the best out of all of us as musicians and songwriters and that really comes across in the songs, there is an air of confidence and experience. It was also a real honour for us to have Phil Campbell of Motorhead lending his hand to a couple of solos on there too!”

The full track list and artwork will be released at a later date, but the band have confirmed titles such as Son of Salem, Ghost Of The Primitives, Burn The Ships, Zeitgeist and Suicide Division. Artwork will be created by Roland Scriver at Familiar Ink.

ORANGE GOBLIN will play festival dates across Europe this summer including the below show in the UK.

The Wolf Bites Back is scheduled for a June 2018 release.