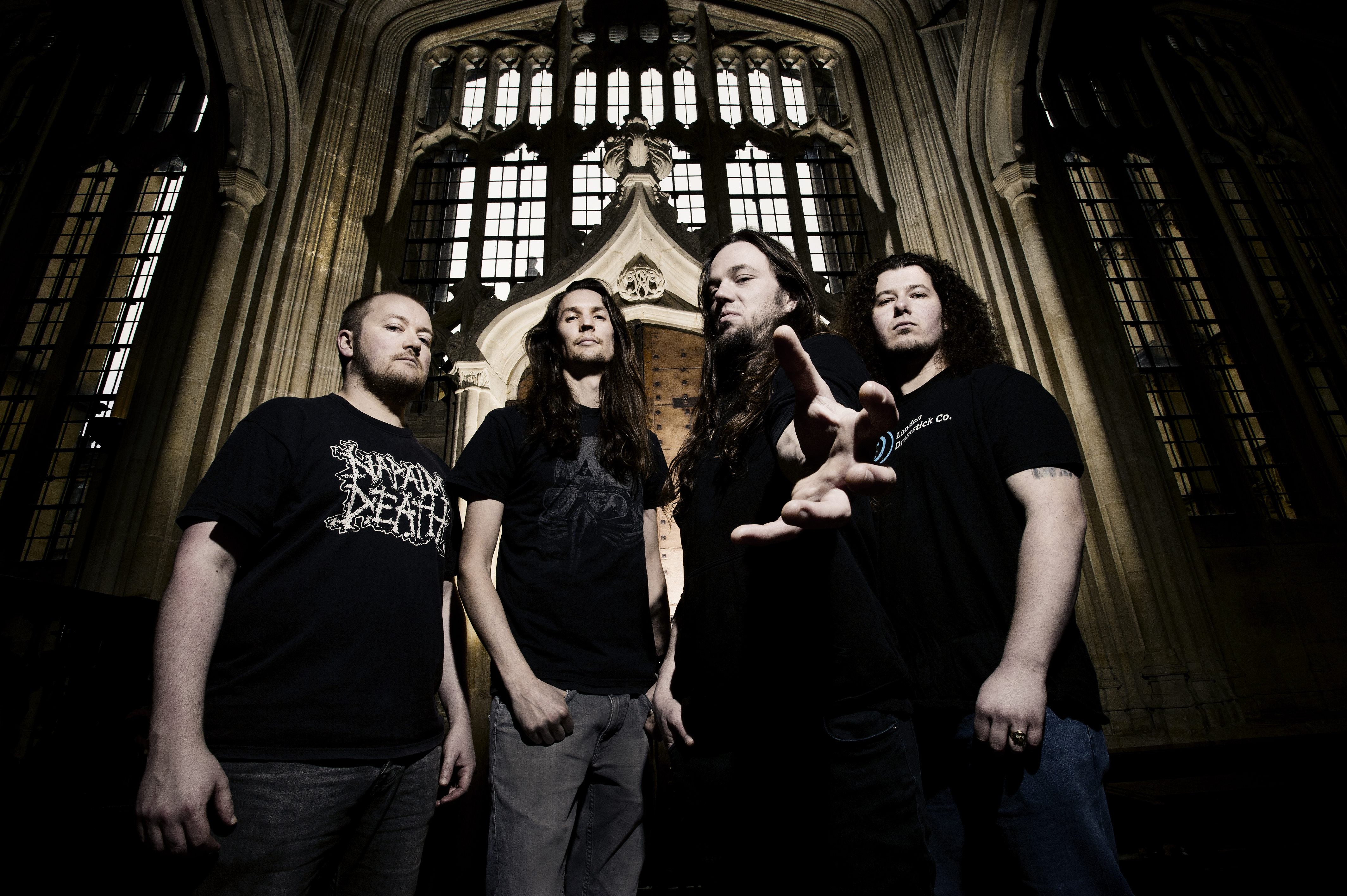 UK thrashers SHRAPNEL have released the new video ‘Begin Again’, taken from their third full length album Palace For The Insane, which was released in May via Candlelight Records.

Premiered by Decibel Magazine, you can now watch the video here.

“The song holds a lot of meaning for us personally, as it deals with a lot of issues surrounding mental health. It came together following the passing of a friend of the band, and the entire UK thrash scene. It was a really shocking and upsetting experience for us, as we all had great memories with him and he was really important throughout the history of our band. Each of us has had our experience with mental health concerns, so it was a cathartic experience creating the song, and talking through some of these things. The song is really different for us, and we love it.

“Costin Chioreanu (At The Gates, Ghost, Arch Enemy), who designed the cover for the new record, did an incredible job on the video. He took a lot of influence from his own experiences in creating both. We were blown away!

“On another level, the song shows that we’re not afraid to step outside the boundaries of thrash and bring something new to the table. I don’t think many thrash bands could or would write a song like ‘Begin Again’. We sought to make something that places us among the best and most diverse thrash bands out there today.

There was a lesson in this for us. If you’re feeling alone or feeling like there’s no escape from the things weighing you down – especially during the COVID crisis – please reach out and talk to someone. People can seem fine but be struggling inside. Please look after yourselves and look out for your friends and family.”

SHRAPNEL‘s most recent album Palace For The Insane was released worldwide in May to critical acclaim and marks the band’s first recorded venture as a four-piece. Their first album recorded in collaboration with Samuel Turbitt of Ritual Sound Studios, it feels like it is a wholesale creative rebirth, with the voracious energy of a debut.

Formed in 2009, SHRAPNEL have been on a campaign of destruction ever since. From the blistering underground EP No Saviours through to the 10th anniversary release in 2019, Decade of Decimation, the band has grown from strength to strength with no intention of slowing down.

Order the album Palace For The Insane here.