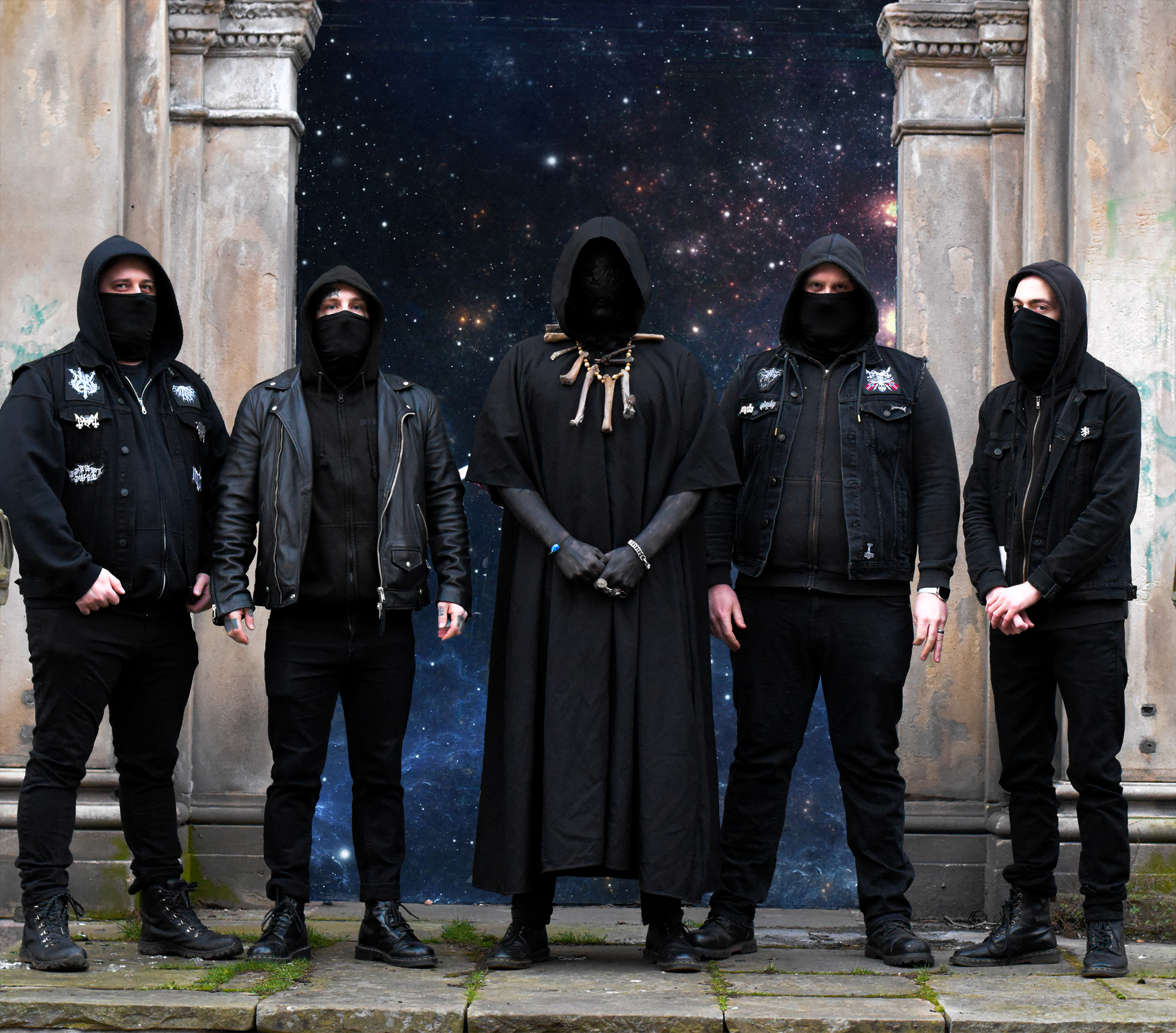 The group’s first single ‘Kernos Crown’ is accompanied by a stirring new video, which can be viewed here: https://youtu.be/9JdFxneiVZk

Pre-order the album here: https://Abduction.lnk.to/BlackBloodPR Abduction state: “Black Blood is an affirmation of the path that strives towards the balance of chaos and order in an era of disjointed and deliberate distraction. With ‘Kernos Crown’, the first track on Black Blood, there is an acceptance of all that is malevolent in the struggle for sleep. The necessity of the darkness and the imperative process that overcomes horrors and demons, by exalting and joining them at the altar of wisdom. To face death and no longer be afraid.”

Formed in 2016 as a shadowy single-man entity, Abduction have made astonishingly fast progress, carving a fearsome reputation for themselves as a standout act in an increasingly crowded extreme metal scene.

Performing alone in the early years – a rare sight, despite the many one-man bands in the genre – Abduction’s central protagonist A|V then expanded the band into a full live outfit, to better create intense, ritualistic and immersive performances, both at underground shows and larger festivals.

The forthcoming release of Black Blood sees Abduction’s most ambitious and rewarding album to date. Recorded ­– like its predecessor, 2019’s All Pain As Penance – by Ian Boult at Stuck on a Name Studios in Nottingham, this nightmarish yet entrancing listen pushes Abduction into new territories without straying from their core sound. From the hypnotically earnest and haunting opener ‘In Exaltation of the Supreme Being’, to the expansive 11-minute epic ‘Plutonian Gate’, with its marked progressive and psychedelic overtones, to the blend of uncompromising, stripped-down black metal and slower, almost post-metal textures of ‘A Psylacybic Death’, it is an intense and dynamic experience.

Black Blood draws both from the band’s roots and new inspirations. The fact that members of British black metal bands The Sun’s Journey Through the Night and Revenant Marquis appear is a welcome nod to where Abduction come from, yet the fact that the band are atypical for a UKBM act ­– no rousing odes to England or 90s Scandinavian formulas here ­– is perhaps their most precious attribute. Their distinctive qualities have also earnt them a place on the roster of one of extreme metal’s most famous labels, Candlelight Records, a definite milestone.

“Before this album was recorded, I knew I wanted to step things up a few notches in terms of taking this vision to a wider audience,”A|V states. “Candlelight approached me – indirectly, as they didn’t know who I was behind the mask – and offered a deal that more than meets where I want to take this project. Rather than continue to exist in the well-established sphere I’ve grown comfortable in, I decided that now is the time to take a leap into the unknown. Much like the narratives of the songs, there is both trepidation and elation. Time will be the judge…”

2. Dismantling The Corpse Of Demeter

4. Lightless At The Grand Conjunction

6. In Exaltation Of The Supreme Being