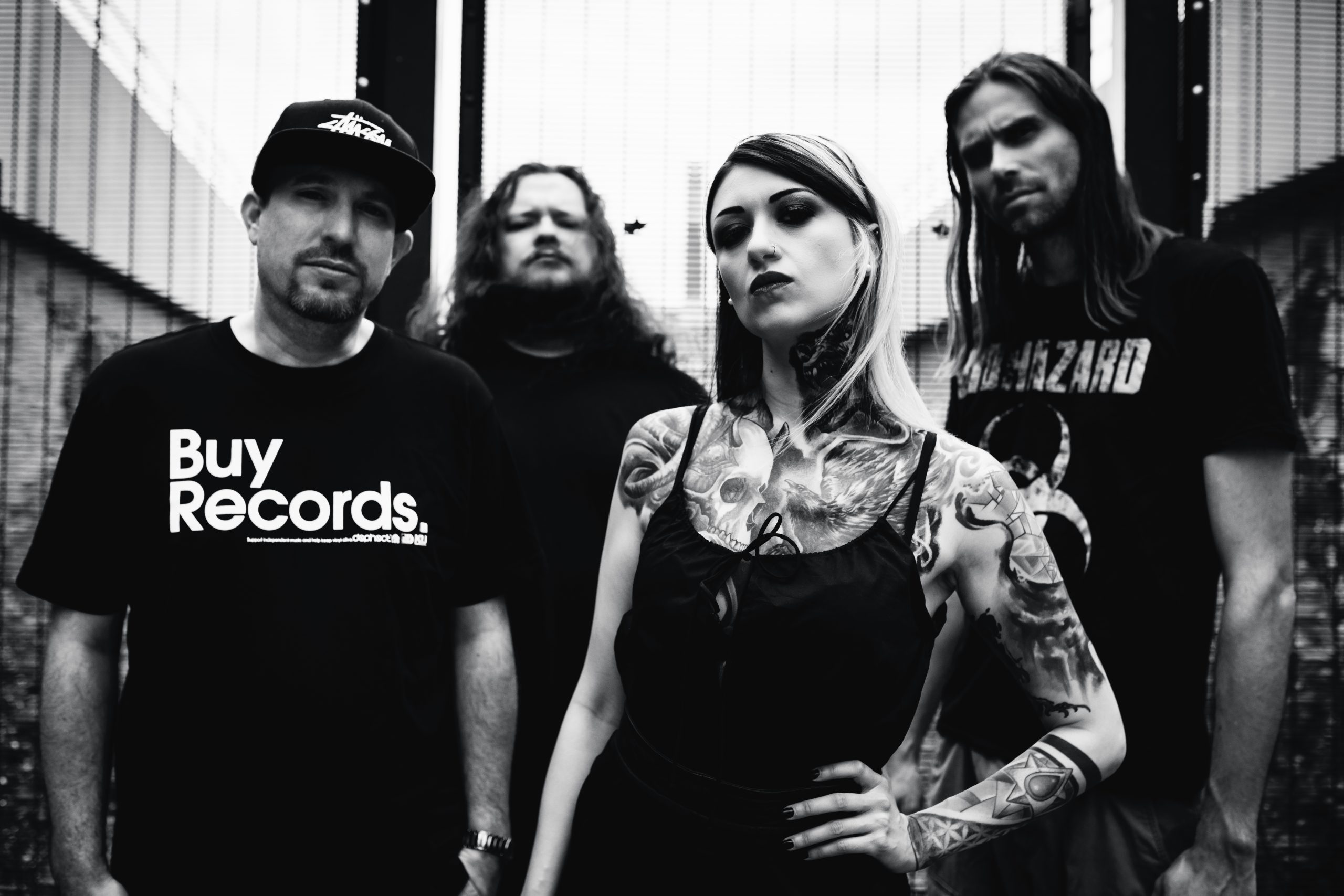 + UK Shows Lined- up, Including Appearance at Bloodstock 2022

One of the most furious hardcore records to emerge from the UK in years, the anger and frustration of Cage Fight’s self-titled debut album is the perfect catharsis for our times.

Rachel comments: “I cherish the ability to channel my anger through this outlet. In a world full of uncertainty and frustration this type of music was the only thing I found solace and balance in. These songs have a deep meaning for me and I hope this is something that other people can relate to.”

Bassist, Jon Reid, adds: “In the wake of the greatest media heist in modern British times and the fall out of the cataclysmic debacle that is Brexit, it seemed perfect stimulus to write lyrics that confronted the continued world of systemic racism, cultural divide and an antiquated class system wrapped up with personal mental health issues and the challenges of modern living”

The album’s artwork – a grabbing hand with the Cage Fight logo tattooed on the palm – visually portrays the violent rage at the core of the band’s music. Legitimately tattooed by Rachel, a tattoo artist by trade, the process of creating the image is as impactful as the final artwork itself.

Meanwhile, the band have confirmed a number of UK shows, supporting the likes of Svalbard and Shai Hulud, in addition to a festival appearance at Bloodstock Festival 2022.