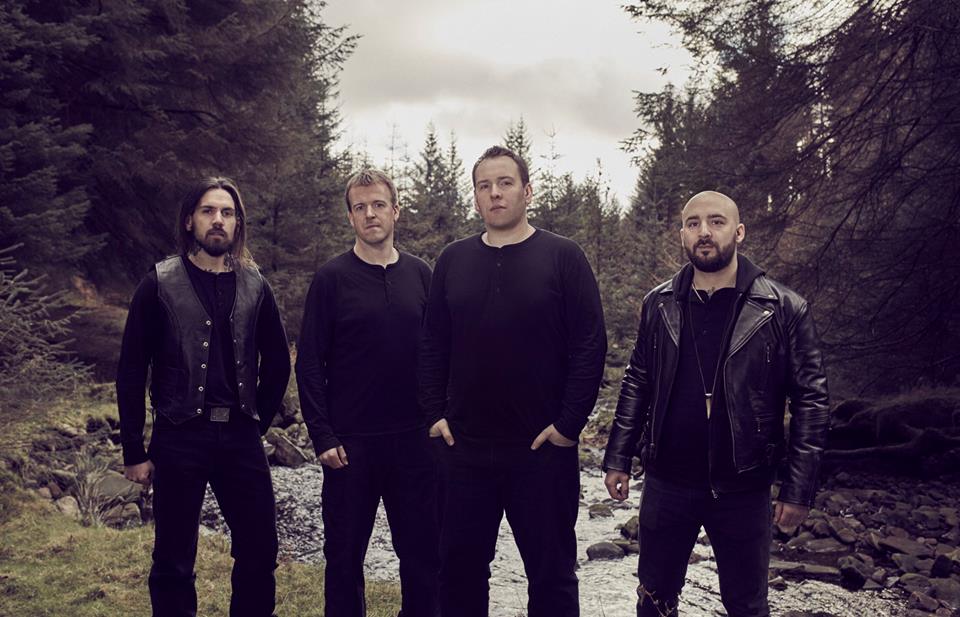 Leading lights of the UK Black Metal scene, Winterfylleth, return on 13th September 2019 with a brand new live album ‘The Siege of Mercia’ on CD/DVD and gatefold LP. The album features a span of the band’s classic material – as well as a previously unreleased bonus track – and serves to demonstrate the formidable live abilities of Winterfylleth, as performed as part of their main stage appearance at Bloodstock Festival 2017.  Bloodstock is often seen as the only domestic open-air festival to really focus on providing a stage for underground bands and they were one of the first to take a chance on adding Winterfylleth to their line up almost 10 years ago; something for which the band have always been grateful. Guitarist/vocalist Chris Naughton comments, “Back then, playing the festival coincided with us releasing our second album ‘The Mercian Sphere’ (our first for Candlelight Records), and provided us with a huge platform on which we were able to launch that release. It was also the first time we had performed those songs on such a national scale. Having done so, our profile grew quickly and we were able to push the band forwards to where we find ourselves now.  We have been fortunate enough to have been asked back to perform at the festival on a number of occasions since those early days, and it has always felt like ‘coming home’ when we do. Looking back, the highlight of all our appearances to date was in 2017 when we were invited to play the Ronnie James Dio stage. It was a great show for us” Mixed and Mastered from the original desk recordings by long time collaborator Chris Fielding (Primordial/Electric Wizard/Napalm Death), with the live DVD footage professionally filmed on the Ronnie James Dio Stage,’The Siege of Mercia’ is an absolutely essential release for fans of atmospheric Black Metal. The band add, “with no overdubs, and a lot of passion; this is Winterfylleth live in 2017. We hope you enjoy it and we look forward to seeing you from another stage very soon! Until then…” Watch the video for ’The Swart Raven (Live At Bloodstock, UK, 2017)’

Winterfylleth are also currently working on the follow up to last year’s album, ‘The Hallowing Of Heirdom’ stating that, “we are also deep into the process of writing a new Winterfylleth studio album. Having taken a breather on the last record to make an acoustic album, we are now fully focused on a new, Black Metal album which we are hoping to record at the back end of 2019.

The material that’s coming out so far is fierce, epic, triumphant and as emotionally charged as anything the band has ever done before, but this time it’s been honed through the filter of skills and writing experience we’ve garnered over the past few years doing a different kind of album.

‘The Siege of Mercia’ is available to pre-order now